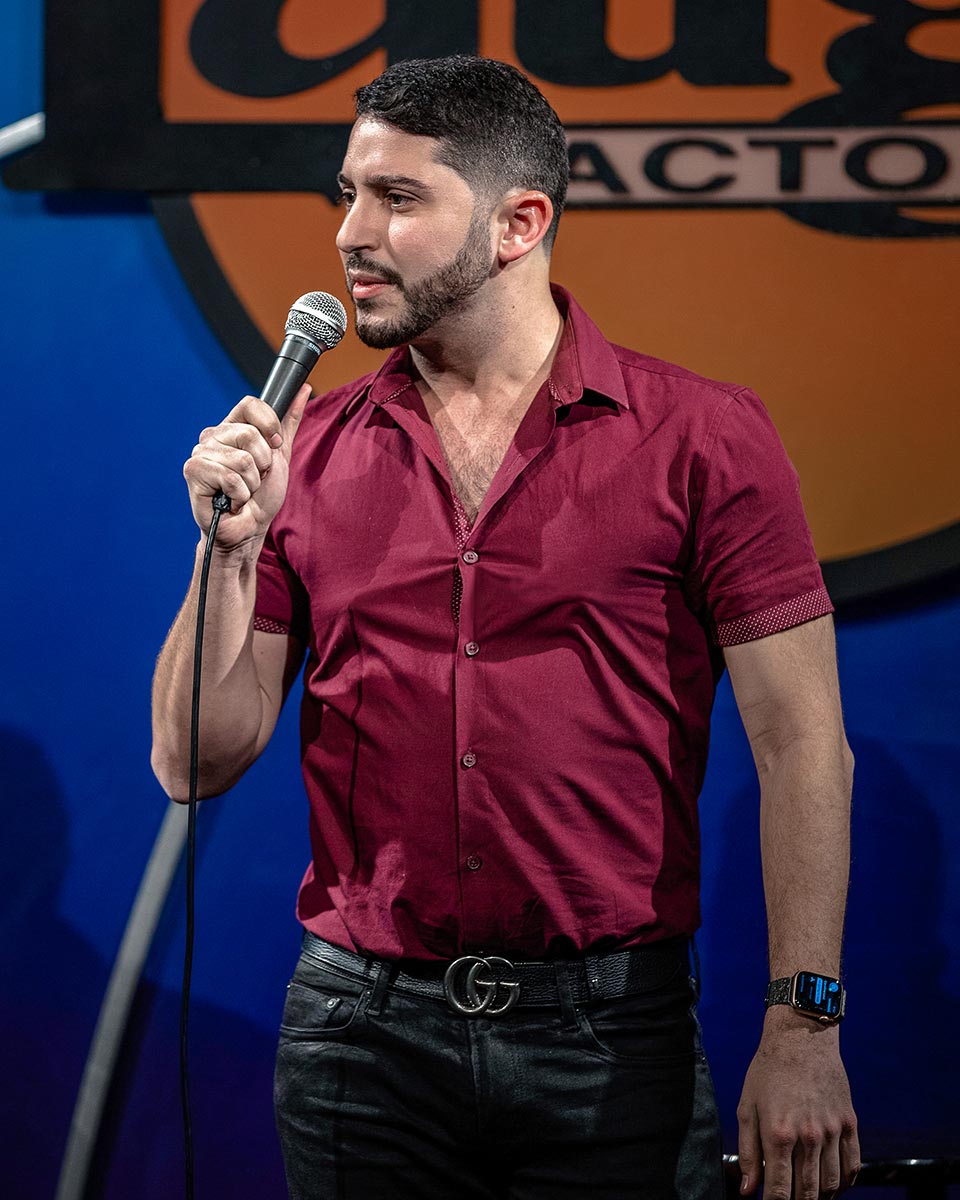 One of the most exciting new voices in the comedy world, Nicky Paris is a triple-threat force of nature whose outsize talent extends far beyond the stand-up stage. In the last two years alone, the Los Angeles-based comic has hit such milestones as becoming a mainstay at the legendary Laugh Factory and hosting his own monthly show at Soho House West Hollywood, all while making a name for himself as an in-demand red-carpet interviewer and hosting at culture-defining events like movie premieres, awards shows, and even Los Angeles Comic-Con. An electric performer who’s appeared on tens of thousands of stages since getting his start in New York City at just 17-years-old, Nicky has perfected the art of finding the funny in life’s wildest intricacies — an element he unfailingly backs with equal parts extraordinary showmanship, fearless commitment to being unapologetically himself, and an immediately magnetic appeal that defies all cultural and generational divides.

Hailed by HuffPost as a “comic to watch,” Nicky first began honing his lightning-quick wit and one-of-a-kind perspective as a kid on Staten Island (where his triumphs would one day include performing to a sold-out crowd at the historic St. George Theatre and being voted Staten Island’s Best Comedian in his hometown newspaper). It was there that he began using humor to cope with certain difficult aspects of his life — like when he came out to his conservative Italian family and his dad burst into tears, prompting Nicky to reply, “Are you gay too?” Still, it wasn’t until his friends prodded him onto the stage at a cruise-ship open-mic that he realized his innate gift for stand-up and natural penchant for crowd work. From there, the then-17-year-old immersed himself in the New York comedy scene by interning at a string of comedy clubs that paid him in stage time, repeatedly sharing lineups with national headliners and soon evolving into a headliner in his own right. By age 19, Nicky had landed a gig as on-air talent for “The Wendy Williams Show,” emerging as one of the standout comedians in a man-on-the-street segment that became a regular feature, and later appeared in several MTV specials. He also garnered acclaim from the Times Square Chronicle, who noted that “when your humor transcends who you are as a caste, social or physical distinction of any kind then you are truly talented with an ‘IT’ factor and Mr. Paris has that intangible to an exponential degree.”

Based in L.A. since 2018, Nicky quickly forged his own distinct space in the Hollywood comedy and talk-show landscape, in addition to winning lavish praise from leading outlets like Entertainment Tonight, Forbes, The Los Angeles Times, and more. As his profile rose, he was hired as a host of LATV’s comedy talk show The Zoo, which airs in 12 million homes. In early 2020, Nicky was selected to headline the famed Caroline’s on Broadway in his hometown of New York City as part of its Breakout Artist Series, and soon sold out the show. During the pandemic he was featured in Audible’s 2020 Pride Special for a performance with a lineup of star-studded talent, including the iconic Teri Hatcher (who remarked that “Nicky’s brand of comedy is nothing short of clever, quick, bright, and original. His unique stage presence warms your heart and ignites your joy”). An unassailable powerhouse who’s performed nearly every night since his late teens, Nicky refused to let lockdown derail his burgeoning career and almost instantly drew audiences by hosting virtual talk shows from home and performing standup live at unlikely spaces like subway cars, rooftops, and even the back of pickup trucks. That ingenuity paid off when he caught the attention of the Laugh Factory, who states that “Nicky’s unique style engages audiences like we’ve not seen. He can perform in front of any audience and is an absolute Laugh Factory favorite.”

With his latest feats including earning a spot on the lineup for the Netflix Is A Joke Festival, Nicky continues to gain widespread recognition for his observational yet escapist humor and rare ability to build an undeniable intimacy with crowds from all walks of life. Having earned rave reviews for creating his own outrageous man-on-the-street videos, he’s also become one of the freshest new talents hosting a variety of high-profile events and interviewing Hollywood’s brightest stars on the red-carpet, endlessly revealing his boundless charisma and no-filter approach. No matter which corner of pop culture he’s inhabiting at any given moment, Nicky never fails to move forward with the guiding mission at heart of his work: harnessing humor to impart joy, create connection, and leave an unforgettably positive impact on the lives of others.